We Are Alejandro & Carmen and We Are Ready

This is the fourth story in our #IAmReady series. In the last three weeks, we have also featured the stories of other DAPA eligible and expanded DACA eligible community members including Hoda, Zaida Verdugo, and Cris Mercado to show how immigration relief would help them.

Since the start of our series, on June 23rd, the Supreme Court announced a 4-4 tie on the case of immigration relief, meaning that the programs will not go into effect. To find out more, about the decision and what it means, click HERE.

Below is the story of Carmen and Alejandro. This interview is written by Marine Ragueneau.

I spoke to mother and son, Carmen and Alejandro, about their thoughts on immigration reform, immigrants’ contributions to the United States, and what it means to be an American in today’s society. They came to New York from Venezuela more than thirteen years ago and have mixed immigration status’ within their family. Both Carmen and Alejandro now live in California. 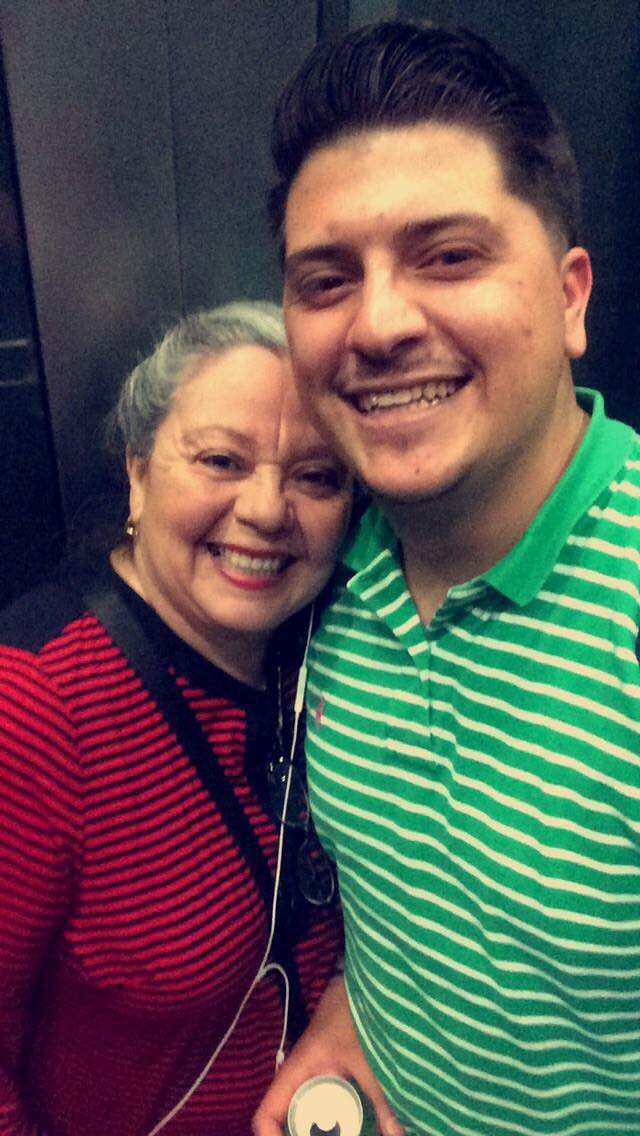 What do you wish people understood about the effect DACA+ and DAPA could have on immigrant communities?

Alejandro: There’s a lot of misinformation about undocumented immigrants, and a lot of that misinformation comes from a place of fear; of not knowing who people are. This is due in part because oftentimes immigrants do not have access to platforms to tell our own stories, and certain media outlets have misinformed the general public about immigrants.

Think of it like if it was your own family. Family members that you think about every day, hoping that nothing bad happens to them. Cities like New York or San Francisco are immigrant friendly, but when you go to places like San Diego or Texas, there are checkpoints everywhere. People who have been living there for twenty or thirty years have to cross their fingers in the hopes of not getting asked for their papers, of not being detained or deported. I’m talking about mothers and fathers who have kids depending on them, and who are here working low-wage jobs and splitting half of what they earn to send back to their families. People tend to take it for granted, but having a driver’s license is so important. It makes the difference of going through checkpoints and not feeling the fear that today may be the day you get deported; that you may not get to see your family again. It’s that constant fear of not knowing what’s going to happen that DACA+ and DAPA could provide some security around. It would allow people to step out of the shadows and be more active and interact within their communities with less fear.

Carmen: In all of the years I’ve been here, I’ve met so many people from Central America who are undocumented but who have kids that were born here. These parents work in gardening or clean houses. I know women who have been here twenty-eight years and still have no documents. I feel so sad, when winter comes, to see gardeners lose their jobs for three months. They have to work really hard for nine months to compensate for the three months they don’t have a job. I think that if they had a way to get status there could be a chance to get out of poverty, and they could better help and educate their children. We need immigration reform because it is sad to see this. I live it every day. I wish we could have immigration reform so everybody could have a status, because we all deserve it.

How do immigrants contribute to the United States?

Alejandro: Immigrants have influenced society as a whole throughout the history of this country. Take Alexander Hamilton, for example, as everyone is talking about him these days-- he grew up in the Caribbean and was one of the founding fathers of this country. He’s someone a lot of people underestimated but who ended up significantly influencing and contributing to the country we are living in today.

Some people choose to ignore the fact that their own families, whether it be their grandparents or family members four generations down the line, were immigrants themselves. They had to work really hard whether they came here a hundred years ago or twenty years ago. Back then it was Irish and Chinese immigrants who built railroads connecting the East and the West, and today there are many immigrants who work in agriculture. California is referred to as the breadbasket of the United States, as it is the country’s largest agricultural producer and exporter. Who are the people working in the fields? Immigrants; and for the most part, undocumented immigrants. Some people say they would take immigrants’ jobs because they’re unemployed but that’s not true, they wouldn’t. If you ever go to Central Valley where most of these farms are, it’s 110 degrees and folks are working 8 hours a day, picking fruits, vegetables, and earning minimum wage; not much money at all. These are the fruits and vegetables people go buy at Whole Foods and Trader Joe's. Same goes for the homes people live in-- many construction workers are immigrants, and many of the people who clean those homes, like my mom, are also immigrants. It’s called the shadow economy. You don’t see it for the most part but they’re there and they contribute greatly to how the country functions and to how the economy moves.

Immigrants contribute in every sector and element. Steve jobs was from Syria, and the co-founder of Google, Sergey Brin, left the Soviet Union as a refugee. There is so much potential that comes from other countries, and in the last 200 years alone immigrants have contributed to making this country what it is. We have a strong economy because we have diversity; that different way of thinking that promotes creation and innovation. That’s how immigrants continue to contribute: from the fields to the corporate offices of google. At every level, you’re always going to see immigrants contributing.

How do you define the term American?

Alejandro: An American is anyone who comes to this country to work hard, whether their ancestors came from Germany or Mexico, everyone here works hard and I think that’s a defining American characteristic. It also means to respect each other, to acknowledge each other’s cultures and traditions, to not hold anyone superior to anyone else, and to celebrate diversity.

That's the best definition of being American, when you can go to Jackson Heights and see different communities on one street, all talking to each other, eating each other’s food, and coexisting. It’s the same here in the Bay Area, you see different communities from Vietnam, Thailand, Colombia, Mexico, all coexist in the same neighborhood. I think that’s what defines America. There’s no clear definition of it, and there shouldn’t be a clear definition of it because that’s exactly what has allowed this country to grow and to become what it is today. It’s when we’re able to welcome new people, welcome their cultures and contributions, and make them part of this society.

There is a clear conflict between folks whose ancestors came over a hundred and fifty years ago and created this definition of America, and the folks who just immigrated here and who want to contribute to that definition. There’s never been a clear definition of what it means to be American in my opinion. For me, it’s being able to celebrate each other’s diversity and acknowledging that we’re all in this country working together and not working against each other.

What would a just and fair immigration system look like to you here?

Alejandro: A just immigration system would be a system that is more open. Right now the reason we have so many undocumented immigrants is because we have a system that is not very flexible. There needs to be a system that allows more people to come here and work, say six months or a year, and then be able to go back. We have a system that is not reflective of the economy of the 21st century, or of the needs of globalization. If a lot of people are coming from Central America and Mexico, for example, then let’s build a system where we can accept those folks and allow them to work here, not reject them and pretend they don’t exist. We should have a system that allows them to go back after working if they choose, or allows them to have long- term residency. Because if you’re working twenty or thirty years in the fields in the kinds of jobs that are physically demanding of you, the least we can do is give people the ability to have residency and be able to retire, and to support people in their old age. Overall, I think there are a lot of elements to it, but the most basic aspect that a fairer immigration system should have is the ability to adjust and the ability to be flexible with the economy; as well as with the people that are coming here. We don’t have any flexibility right now, and the system is so congested and so outdated, that it’s not moving forward.

Carmen: If we got DAPA, I know that many of the parents would benefit, they would have some sort of security, and their kids would be better citizens. Because you don’t learn to love a country when you don’t feel loved or don’t feel safe. So if a family is safe, you begin to love where you are and value everything you have. I’m not saying that the government needs to maintain anybody, but that everybody should be able to work. I think a reform would help us all to be the same. Putting the differences aside would be a good step forward.

While the Supreme Court deadlocked on DAPA, we have not lost hope. Click HERE to watch live video from NYIC’s rally for justice at Foley Square on June 28th, a few days after the SCOTUS decision.