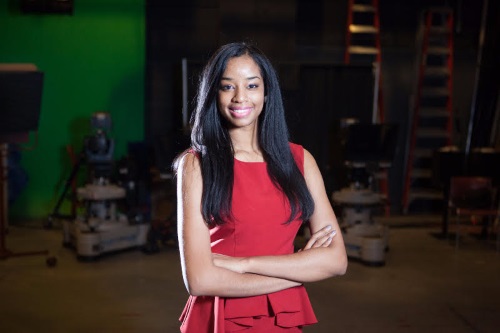 My name is Kelly Harry, and I am an undocumented American.

My parents and I are from Trinidad, and I was nine when I came to the United States. Growing up in Trinidad was amazing, like a dream. I knew that we weren’t wealthy, but my mother did a great job making us feel as if we had everything. I grew up in a town called Carenage in a white-and-blue house that my grandfather built. I went to a great all-girl’s Catholic school. Immigrating was a huge transition. Moving from a house, playing in a yard, to living in an apartment in Brooklyn was very shocking. My dad came to the United States to make a better life for us. Out of all of his siblings, he was the only one who wasn’t college educated. He had a trade as a technician installing security systems, and the jobs were in the United States. I grew up in Brooklyn, in Mill Basin, not too far from King’s Plaza Mall.

I didn’t know that I was undocumented until high school. My school offered a study abroad program, and being the outgoing person that I am, I wanted to partake in that opportunity in my junior year. I found out that I was undocumented and wouldn’t be able to leave, because I’d never be able to come back. My father lied about it a lot, saying that everything was being worked on, out of pride. He kept assuring me that he was working with lawyers, maybe to protect me. My father was undocumented also. There was even a point in time when ICE came to our house.

After high school, I got job as an administrative assistant and I was enrolled in Kingsborough Community College, and then Brooklyn College. At Kingsborough I studied Media Technology and Management. At Brooklyn College I studied Broadcast Journalism with a concentration in Economics, to set me apart from the competition.

College is where I had most of my career highlights. As an undocumented person, I focused a lot on school. I tried my best to do well in my classes, and I applied to scholarships at school. I received The Lorraine Foner Memorial Scholarship for Women in May, 2013. Outside of scholarships, I paid for school on my own, so I had to sit out some semesters to make up the money to afford tuition. I would use that time to work in the industry. I applied for an internship at News 12, and got the position. News 12 is a small network, so I got to do a little of everything. I worked the assignment desk, went out with reporters, got to produce some segments - it was awesome!

When DACA was announced in 2012, I was still in college. Around the same time, I had a meeting with the founding financial editor for CNN Money, and through his support I got an internship at CNN Money. I was able to apply for DACA and get work authorization in time to start my internship at CNN in September 2012. It changed everything for me.

My college was proud of me. After CNN Money, I got internships at NBC. I worked at the assignment desk at NBC4 New York, was the Digital Editorial Features intern at NBC Corporate, and worked at CNBC as a Fast Money production intern. My experience at the the CNN Money internship set the tone for the rest of my career. After that, I wanted to do more digital work, so I went to AOL, where I was in charge of the AOL Finance social media accounts.

I am currently working on my newest project, Undocumented Finance. The website is designed to help undocumented immigrants gain access to mainstream financial institutions by providing carefully considered information in an accessible way. Helping undocumented immigrants come out of the shadows is deeply important work for me. I believe that all immigrants should know how to manage their money safely and responsibly. Fraudulent service providers use fear and lack of legal status to take advantage of the undocumented, and my website provides the information immigrants need to avoid losing their hard earned money.

People, like my father, were always telling me to be careful, but I am tired of being afraid. What am I going to do, just live in the shadows? Receiving DACA changed my life and allowed me to pursue my dreams in the media industry without fear. I am not sure what the future will bring, but I will always be able to fall back on my job and internship experience. Without DACA, none of that would be possible.