As the families of more than 190,000 immigrant students across New York State wrestle with the current climate of fear and uncertainty, a new report finds major inconsistencies in how New York’s school districts are responding and the extent to which they are rising to the challenge of protecting and supporting the immigrant students and families they are charged to serve.

The report, Safe Havens: Protecting and Supporting New York State’s Immigrant Students – released by The Education Trust–New York, Advocates for Children of New York, the New York Immigration Coalition and The Committee for Hispanic Children and Families, Inc. – finds that while the New York State Education Department (SED) and the Attorney General’s Office, as well as several individual school districts, have taken a number of important steps, there is much more to do.

Drawing on the experiences of immigrant community-based organizations, advocates and service providers, Safe Havens includes a set of recommendations for stronger supports at the state, school district and school levels. The report’s recommendations include that SED: assist school districts to provide greater support for immigrant students to ensure their long-term success; reiterate that questions about national origin should not be asked during the student registration process; encourage school districts to adopt – and in some cases, strengthen – their protocols for how to respond to any request for access by ICE; and reinforce the importance of providing social-emotional support. 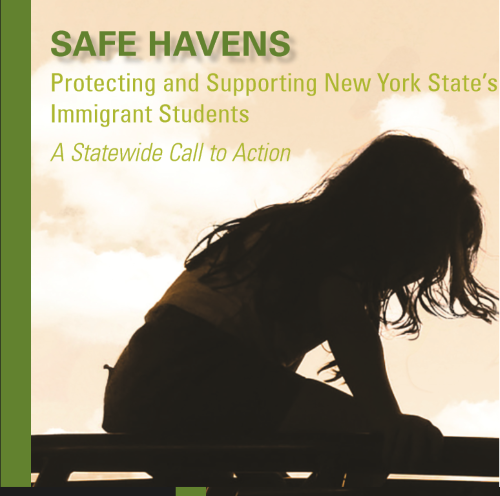