Amidst Increased Enforcement, Coalition to Host “Love Fights Back” Rally for Immigrants

Today, on Valentine’s Day, hundreds of New Yorkers attended a rally planned by the New York Immigration Coalition to stand up for immigrant communities who are under attack by President Trump’s cruel and unjust executive orders, which have caused fear and anxiety about deportations, raids, and new immigration bans. In a rally called “Love Fights Back”, NYIC calls on New Yorkers to convene at Foley Square to show their love and solidarity for immigrant communities, and to vow to protect these communities currently under attack.

Over the weekend, the New York Immigration Coalition released breaking information about Immigrations and Customs Enforcement (ICE) operations in New York. In a statement released by Secretary Kelly on Monday, ICE confirmed that 680 people were arrested in Los Angeles, Chicago, Atlanta, San Antonio and New York City. While ICE claims they are conducting “routine, targeted operations”, we see the beginnings of a ramp-up in arrests, detentions and deportations that is causing fear and panic across immigrant communities. 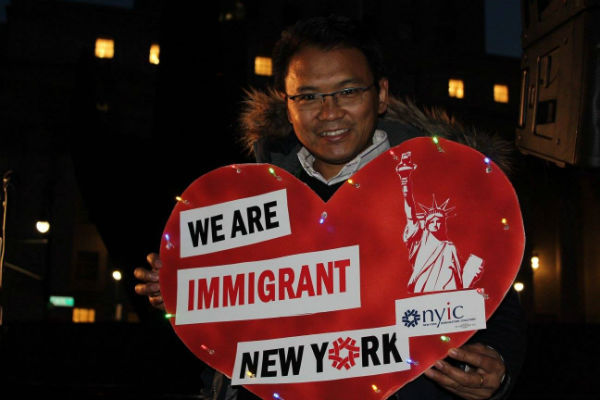 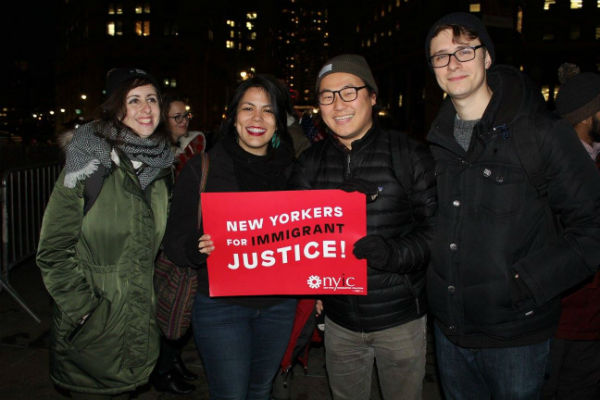 The following is a statement from Steven Choi, executive director of the New York Immigration Coalition:

“This Valentine’s Day, hundreds of New Yorkers are showing up to pledge their support for immigrant communities on a day that is about celebrating love and bringing people together.

“Over the last few days, we’ve received confirmation of the hundreds of people across the country who have been swept up by ICE enforcement activities. These arrests do nothing but tear families apart and destroy the bonds of trust that tie our communities together. At the same time, we’ve also heard that the White House is threatening new options for imposing an immigration travel ban. We are horrified and angered by this full-on assault on immigrant communities. The United States is in danger of losing sight of its values of dignity, justice, and inclusion completely.

“We know that this is not the last time we’ll hear about families torn apart under the ramped up enforcement efforts of this administration. We must be prepared to push back every time. So collectively, we lift our voice with love for our immigrant communities in mind to say no to raids and travel bans, no to increased funding of ICE officers and no to cutting funding for sanctuary cities. We call on Congress to do the job of standing for American values and against an isolationist and anti-immigrant America.”