With the general election quickly approaching, the New York Immigration Coalition’s ongoing Immigrants Vote! Campaign (IVC) is working to encourage voters and potential voters to head to the ballot this coming Tuesday. The campaign is led by ten organizations in New York City and State that have been working to “Get Out the Vote” through targeted community outreach such as phone-banking, door knocking, and canvassing. They have registered over 8,000 new voters in September and October alone, and educated over 15,000 people on voter registration, the importance of voting and naturalization, and local government. IVC plans to register 45,000 more voters for state and local elections in the coming months in New York City, Long Island, and the Lower Hudson Valley. In the last ten years, the campaign has registered over 400,000 new voters and engaged over 1.4 million voters.

The immigrant vote is crucial in determining how a multitude of issues play out both locally and federally. Issues affecting the immigrant community that could be affected by this upcoming election include immigration reform, integration efforts for new Americans, the DREAM Act, health care coverage for low-income and undocumented New Yorkers, immigrant justice and due process, refugee relations, and immigrant workers’ rights.

Mae Lee, Executive Director of Chinese Progressive Association, said, “We are excited to be part of the Immigrants Vote! Campaign. Immigrants on the streets in Chinatown and the Lower East Side have been talking about this year’s Presidential election with great interest and awareness of what is at stake. For the past few months, we have registered hundreds of new voters and for the first time this November, they will be able to have a voice at the polls.” 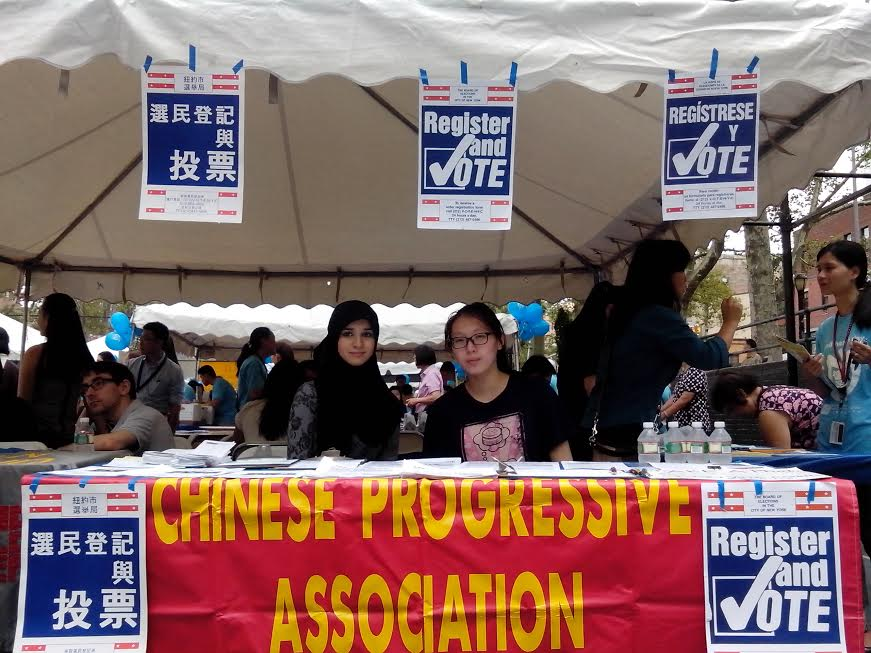 Marie Charles, Chief Operations Officer of Haitian-Americans United for Progress, said, “We are thrilled to be part of the Immigrants Vote! Campaign. Haitian-Americans United for Progress serves a large population of immigrants, many of whom became American citizens. This year’s Presidential election has probably been the most interesting and most important for immigrants. That’s why we stress ‘You Matter, Every Vote Matters!’ and ‘Don’t be Silent - Vote!’” 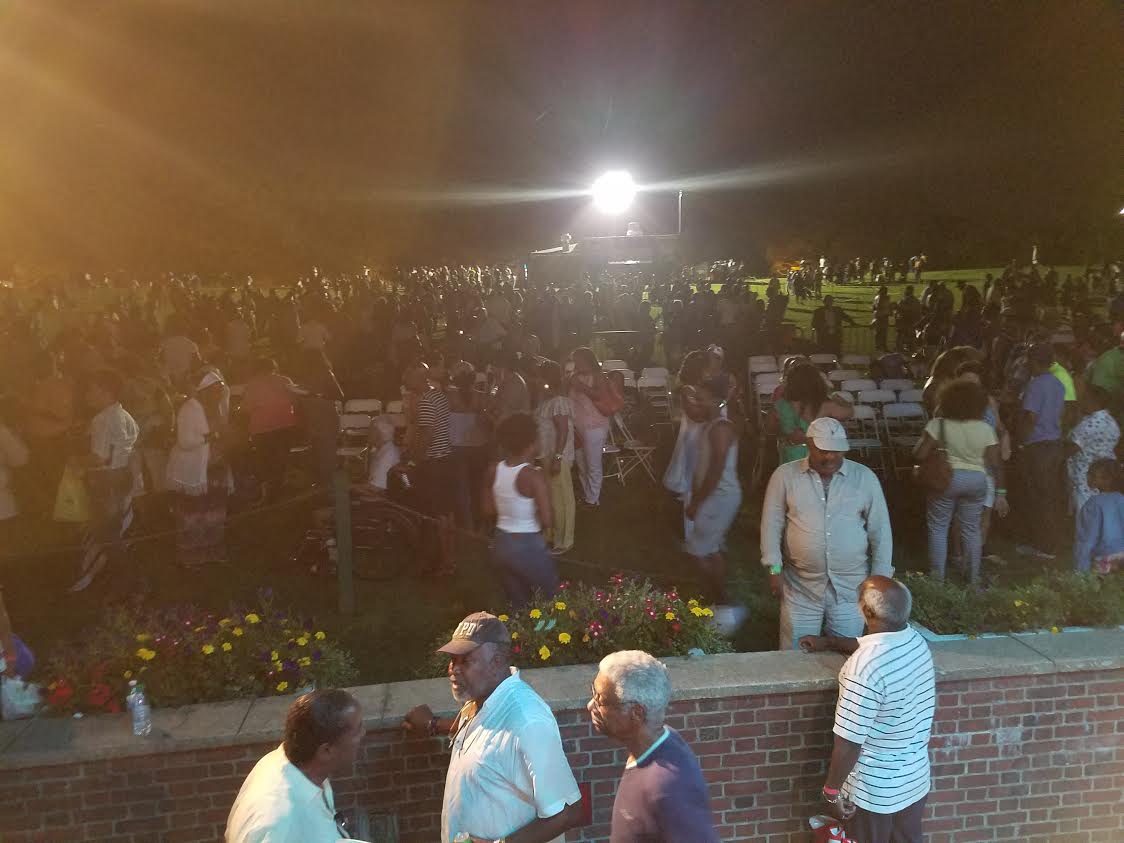 Omar Suarez, New York State Director of Dominicanos USA, said, “Dominicanos USA (DUSA) commends the New York Immigration Coalition for organizing the tremendously successful Immigrants Vote! Campaign. DUSA is devoted to the empowerment of the Latino and Hispanic community, and is a proud member of the Immigrants Vote! Campaign. Latino immigrants and Latin American-descended people comprise 27.3 million of all 225,778 million eligible voters. The most significant change in eligible voters is found within Hispanic voters, whose growth between 2012 and 2016 is estimated to be a 17 percent increase. Not only do these figures indicate that Latinos are determined to vote, but they are power brokers within their own communities, and their ballot is crucial to the electoral process.” 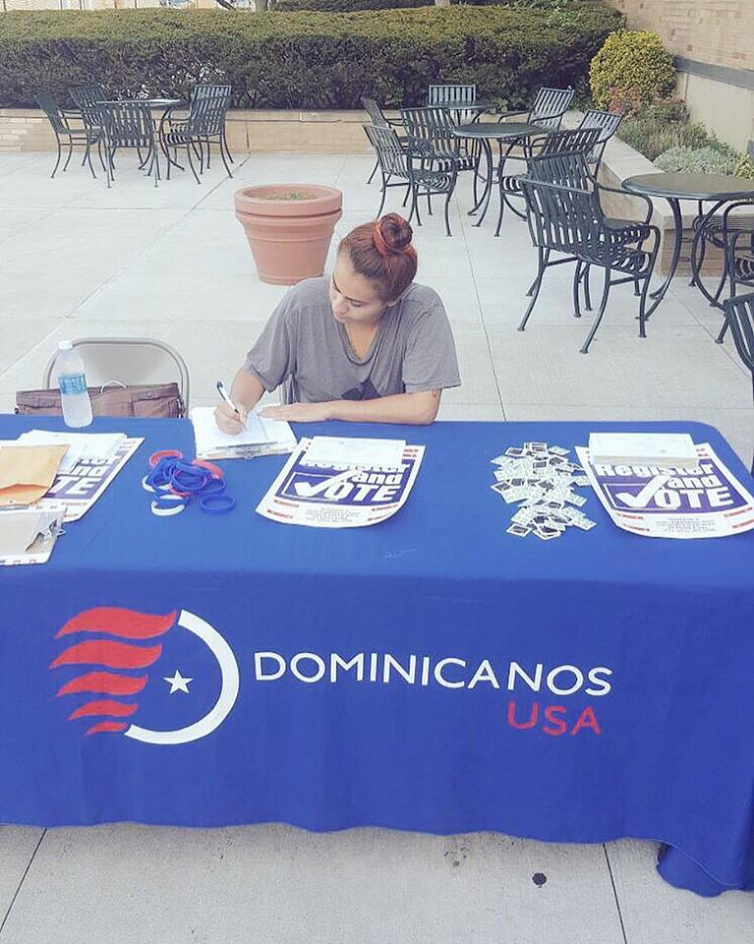 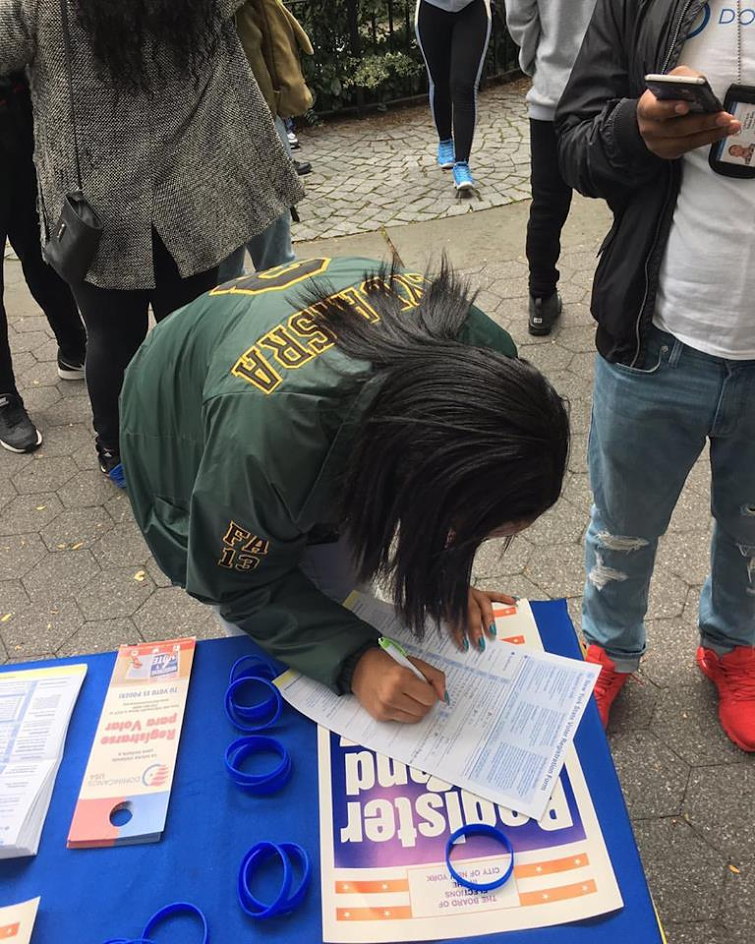 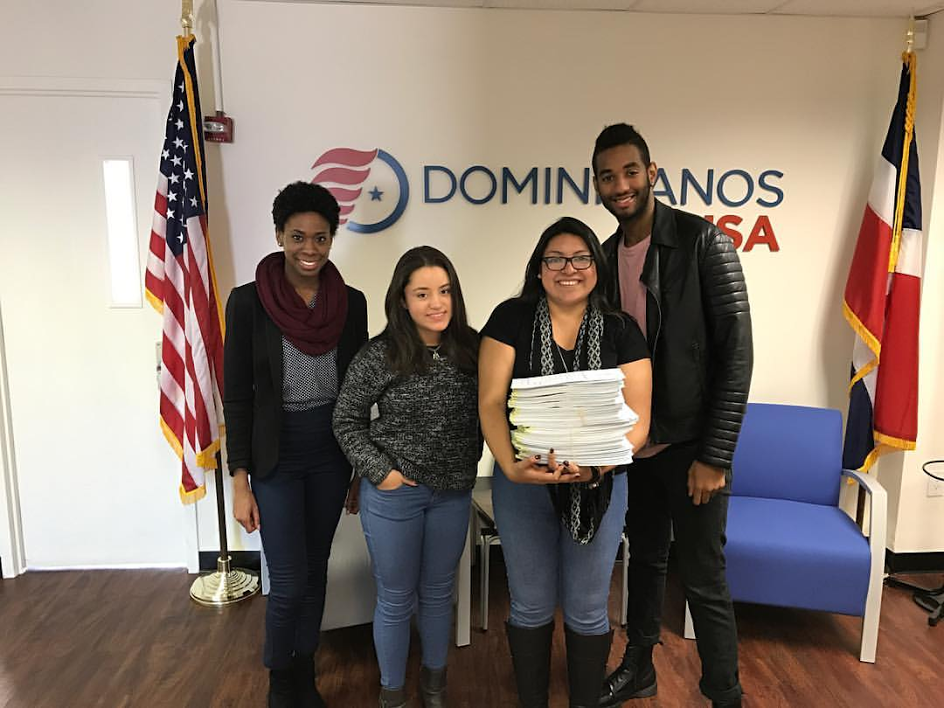 Dominicanos USA delivering voter registration forms to the Board of Elections.

Gregory Halzen, Immigrant Justice organizer of Faith in New York, said, “Faith in New York Immigrant Justice leader and undocumented resident Esther Sanchez stood on the steps of the Smithsonian in D.C. and reminded those gathered, ‘Your vote affects my children!’ New York City is a city of immigrant voters - three million of us were born in other countries. There is no conversation about the issues affecting New York City without talking about immigrant voting.” 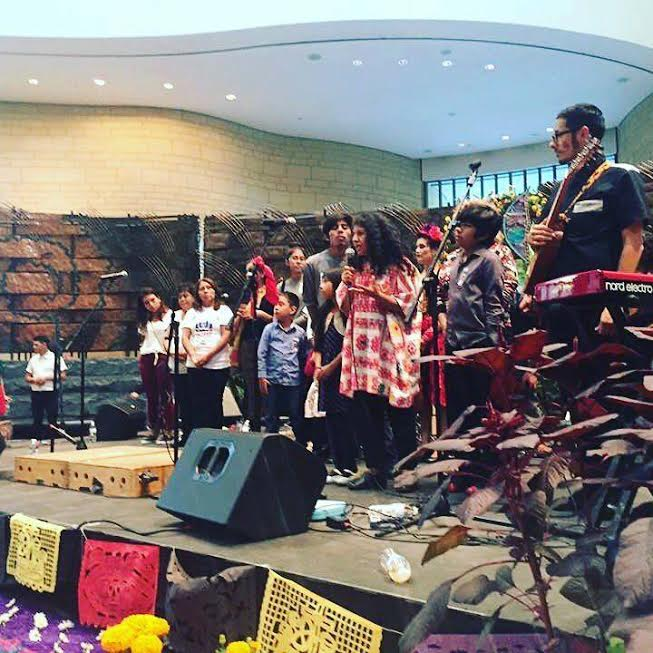 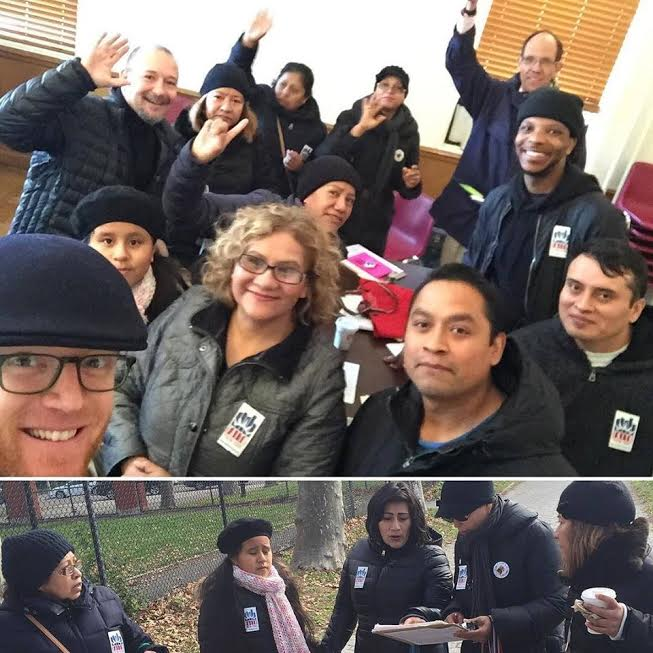 Faith in New York conducting voter education and outreach at the Greater Allen Cathedral of New York in Queens. 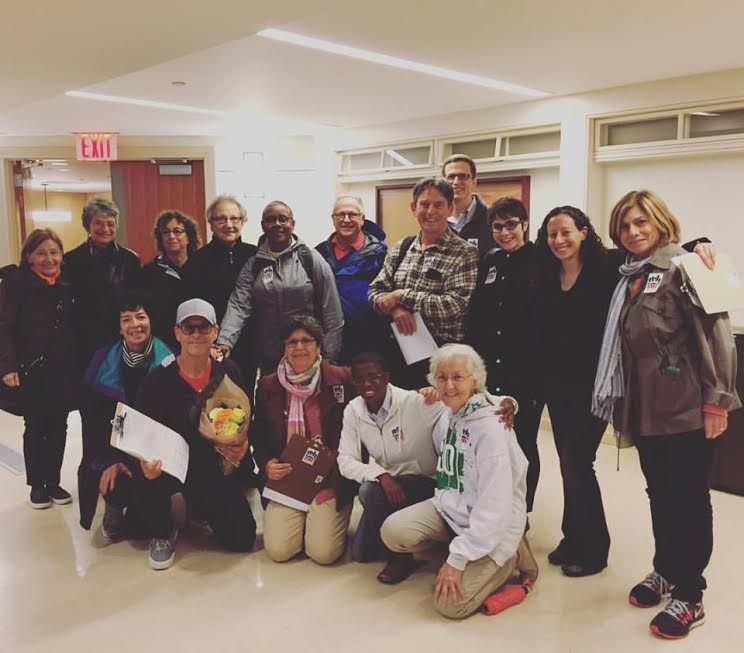 Minerva Perez, Executive Director of OLA of Eastern Long Island, said, “OLA of Eastern Long Island is committed to doing all that we possibly can with our board and our volunteers to engage and encourage the community to get to the polls. While this national election is taking center stage, it is also important to note that out here on the east end with every school essentially having its very own district and school board, the power of a Latino vote on a hyper local level is critically important in establishing a voice and setting an agenda that is fully inclusive of its Latino membership.” 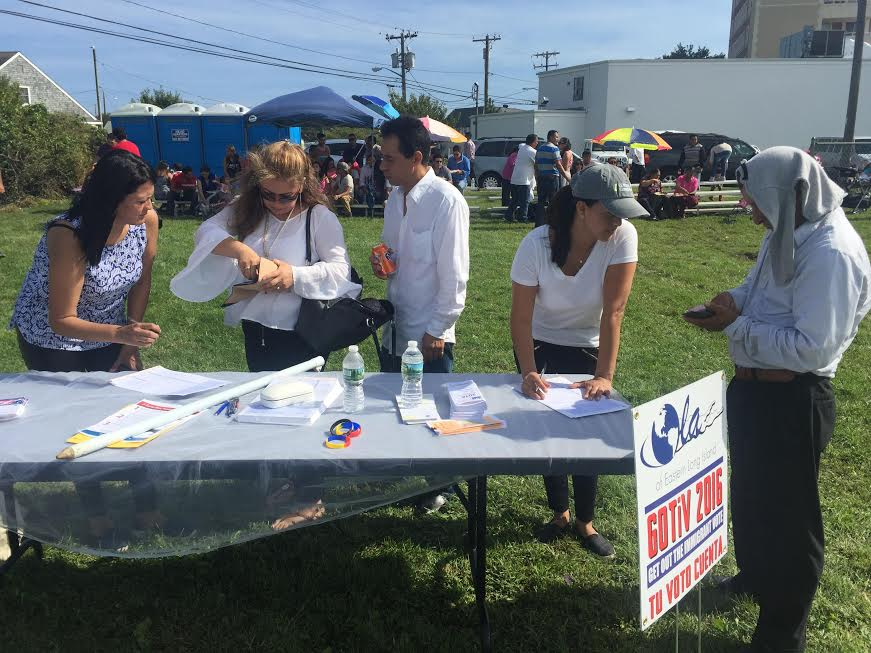 OLA holding a voter registration and information table at the Festival of the Virgen Del Cisne in Montauk. 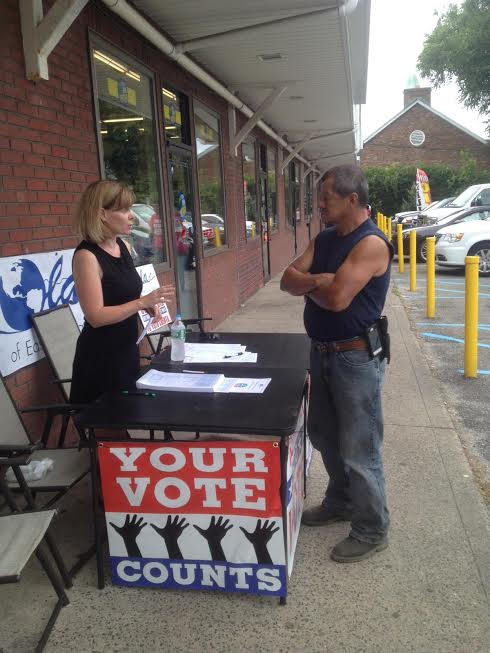 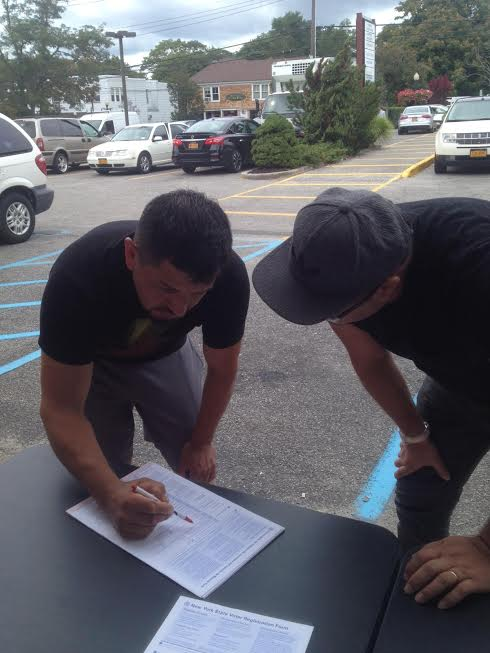 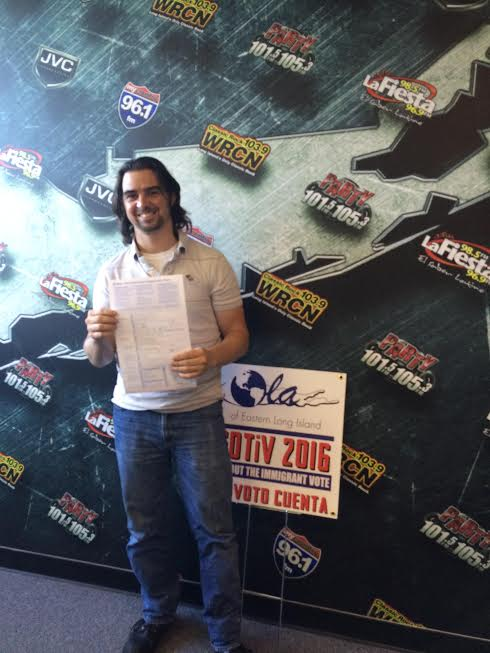 Laura Garcia, Racial Justice Program Manager of YWCA Orange County, said, “Every time I helped someone register to vote, I saw the endless possibilities that one single person could change with a vote. I also realized that they were not just a number, but a representation of the voiceless like myself who don’t have the privilege to vote.” 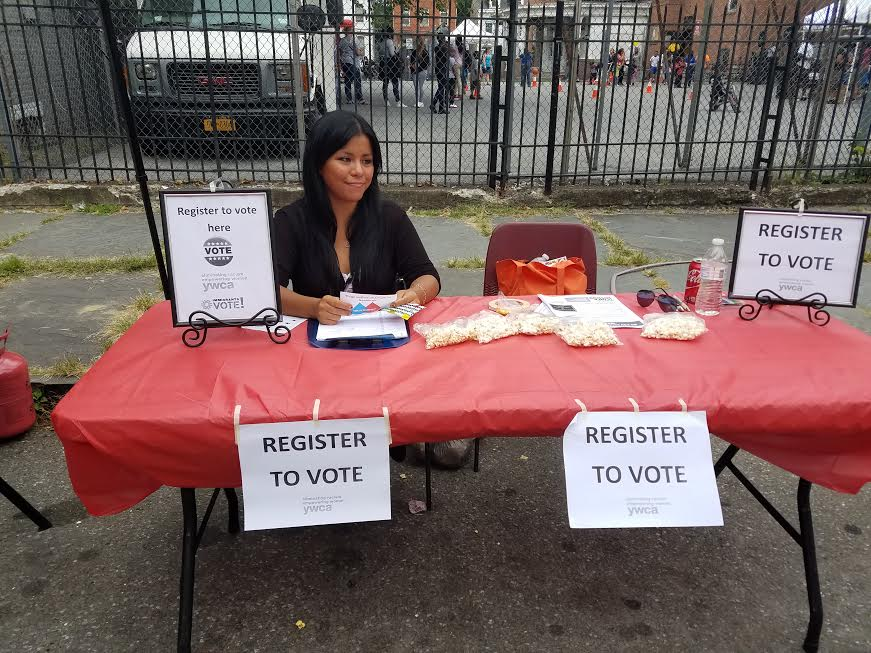 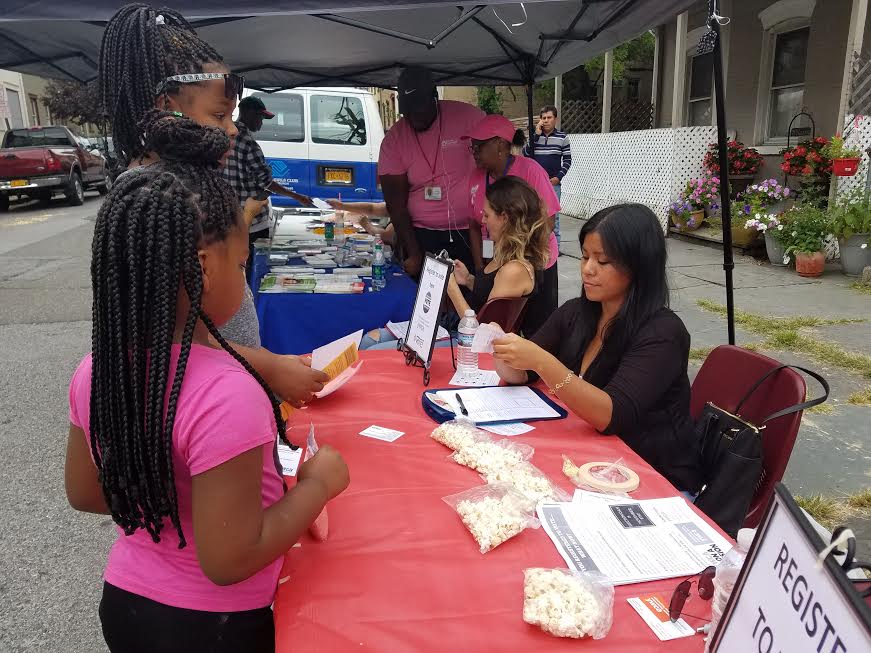 YWCA of Orange County holding a voter registration table at a Boys and Girls Club. 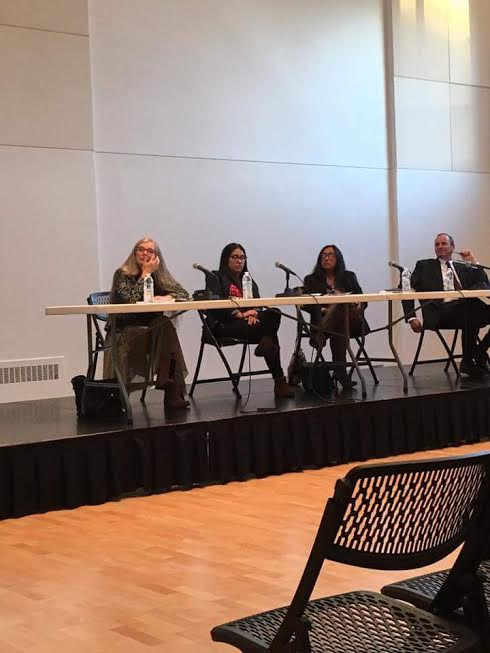 YWCA of Orange County participating in a panel discussion on Latinos and the election at Bard College. 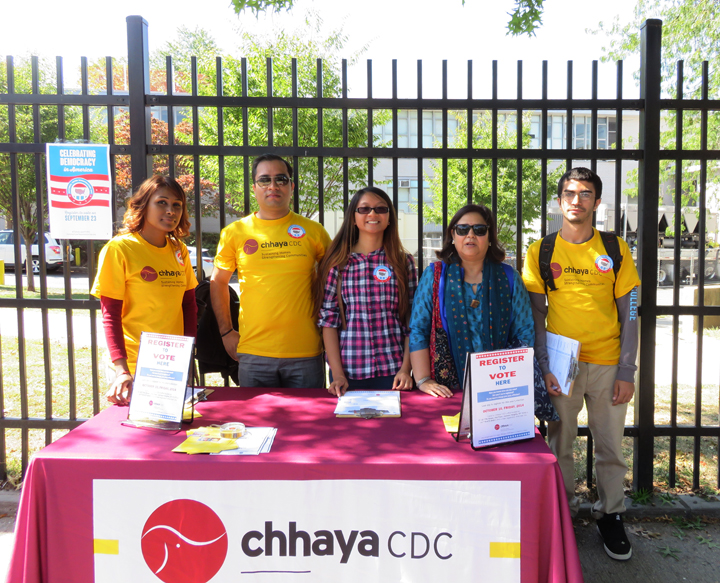 The press is invited to these upcoming IVC GOTV sessions:

Our team is going to be starting GOTV outreach on Tuesday Nov 1. We'll be making calls at our office in the South Bronx to the 100,000+ New Yorkers we have registered to vote, making sure that they get out and vote. In addition we will be knocking on doors in the university heights neighborhood of the Bronx and the bushwick area of Brooklyn to get voters out to vote. All this is part of our efforts in the IVC campaign.

For any interested press or volunteers our office is located at:

We will be making phone calls in our office from 4:30-8:30pm and knocking on doors in the Bronx during the same schedule.

The New York Immigration Coalition (NYIC) is an umbrella policy and advocacy organization for nearly 200 groups in New York State that works with immigrants and refugees. The NYIC aims to achieve a fairer and more just society that values the contributions of immigrants and extends opportunity to all by promoting immigrants’ full civic participation, fostering their leadership, and providing a unified voice and a vehicle for collective action for New York’s diverse immigrant communities.