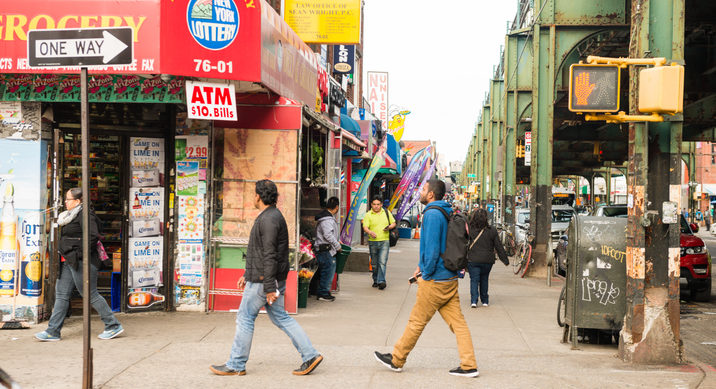 People choose their political representatives—not the other way around. That’s the foundation of a fair democracy. But for decades, partisan gerrymandering has corrupted New York’s electoral system, giving political parties license to suppress the voting power of minority groups and manipulate legislative districts in their favor.

From 2021 to 2022, virtually every single political district in New York State—from local districts, to state Assembly and Senate districts, to Congressional districts—will be redrawn. Over the next two years, we have a massive opportunity to redraw New York’s political maps, end partisan gerrymandering, and build power for immigrant New Yorkers for decades to come.

Fair redistricting is critical to ensuring fair political representation and power for immigrant communities. And it's up to us to make sure our voices are heard. The redistricting fight is Census 2.0— it's one of the major reasons why we fought so hard to get a complete Census count. In 2021, NYIC will be bringing the powerful grassroots coalition and successful tactics used in our New York Counts Census work to the next stage of the fight: New York's redistricting process.

Our work is guided by the following principles:

By engaging a broad, diverse coalition in a sophisticated campaign of outreach, education, and targeted advocacy, we can ensure that districts are actually drawn fairly in New York State, that our democracy is vibrant, and the rights of minorities are elevated.

To learn more about Mapping Our Future: NYIC’s 2021 redistricting campaign, and how you can get involved, please sign up here.