Spotlight: African Communities Together and the City of Refuge event

One of the most prominent and successful organizations in supporting African immigrants is African Communities Together, a New York Immigration Coalition member group. ACT is an organization of Africans from across the continent fighting for immigrant rights. ACT provides immigrants with crucial support by empowering them to integrate socially in the United States, become economically stable, and become civically engaged. Organizations like ACT are indispensable in helping immigrants acclimate to U.S. society. ACT helps immigrants receive legal protection, develop their own businesses, make use of their existing language skills, get driving licenses and earn college scholarships. 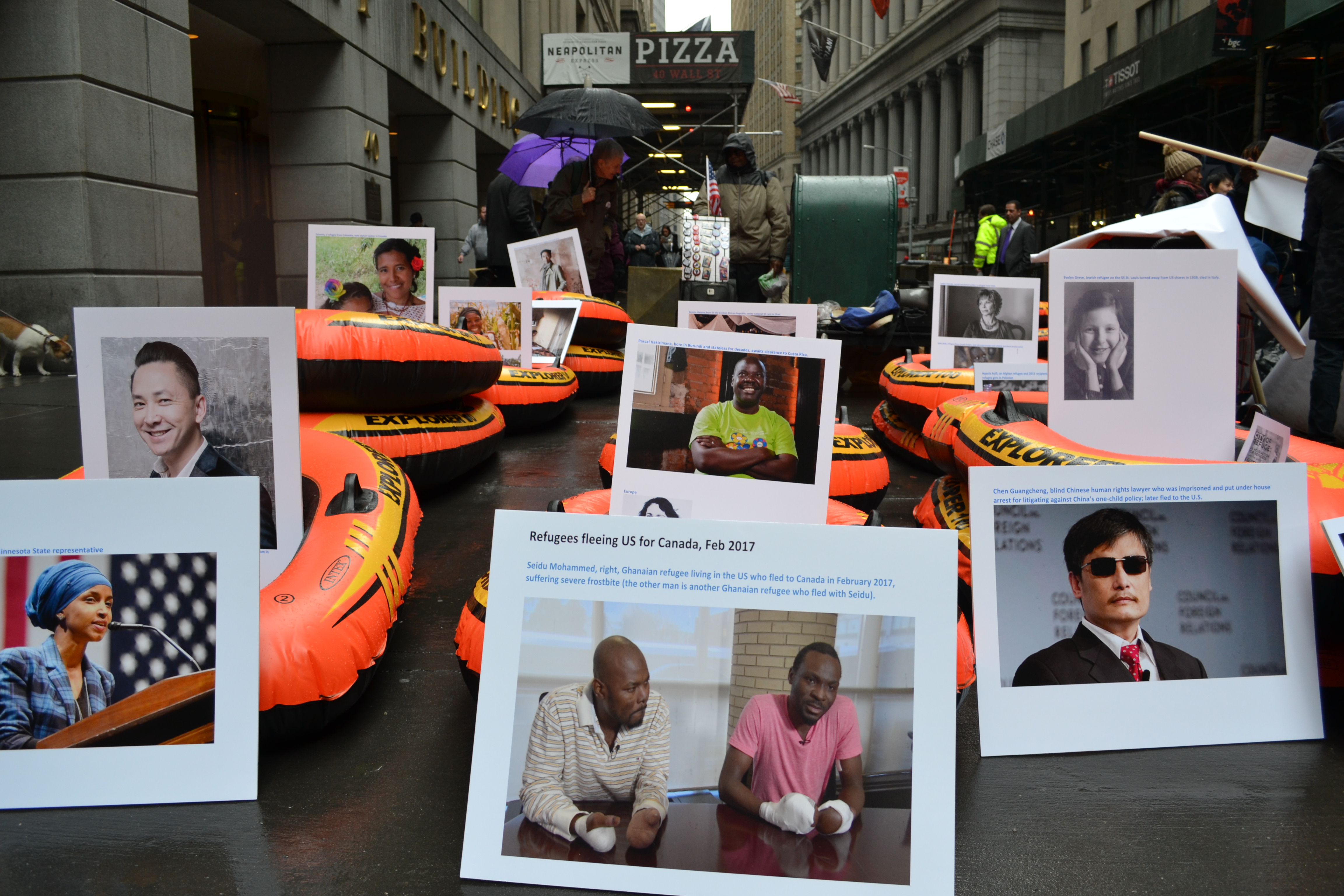 Outside of the Trump building at 40 Wall Street, ACT filled life rafts with pictures of refugees and immigrants. These photos symbolized the unspeakable dangers and suffering immigrants face when leaving their homes. The rafts are especially poignant as many African refugees resort to crossing the Mediterranean by boat. Speakers addressed the importance of supporting refugees and immigrants, followed by a collective march to Trinity Church - a New York City sanctuary space - and a teach-in about immigrant rights, as well as an overnight 'tent city' of refugees and refugee advocates hosted by the Church.

We spoke to three immigrants about their dreams for immigrant and refugee communities in the future, as well as their personal experiences as immigrants in the United States. 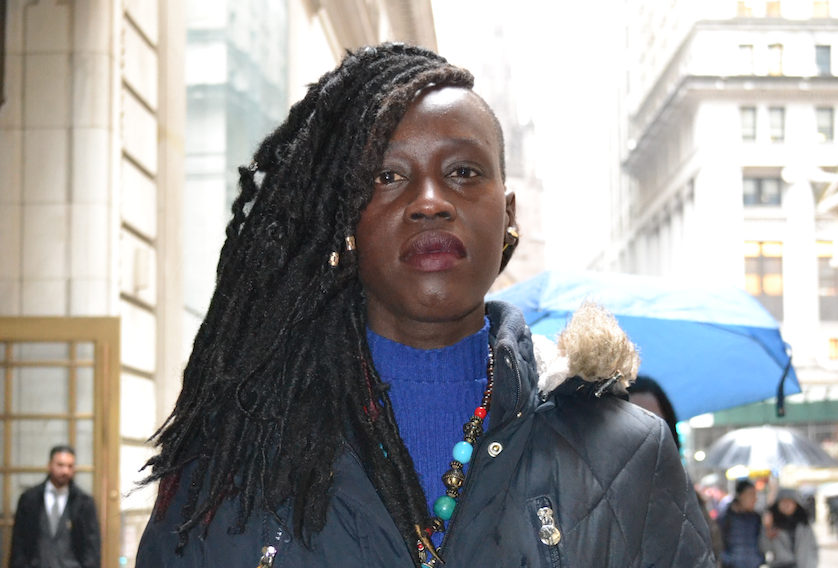 Elizabeth Arjok, a former refugee from South Sudan who fled war and destruction at just twelve years old, hopes there will be no reason to become a refugee in the future. Having said that, she hopes “everyone will have their basic human rights and needs met, and for refugees to feel that their love and humanity have not been forgotten about.” In her own experience, the United Nations and the International Rescue Committee have been the most helpful with everything from paperwork to food. “A lot of people have helped us and it is now our turn to help others that are going through what I’ve gone through,” she stated.

Cesar Vargas is the first ever undocumented lawyer in New York City. His organization, Dream Action Coalition, is adamant about immigration reform and is at the forefront of the DREAMer movement. We asked him what being undocumented meant to him, and what dreams he had for undocumented immigrants and refugees: 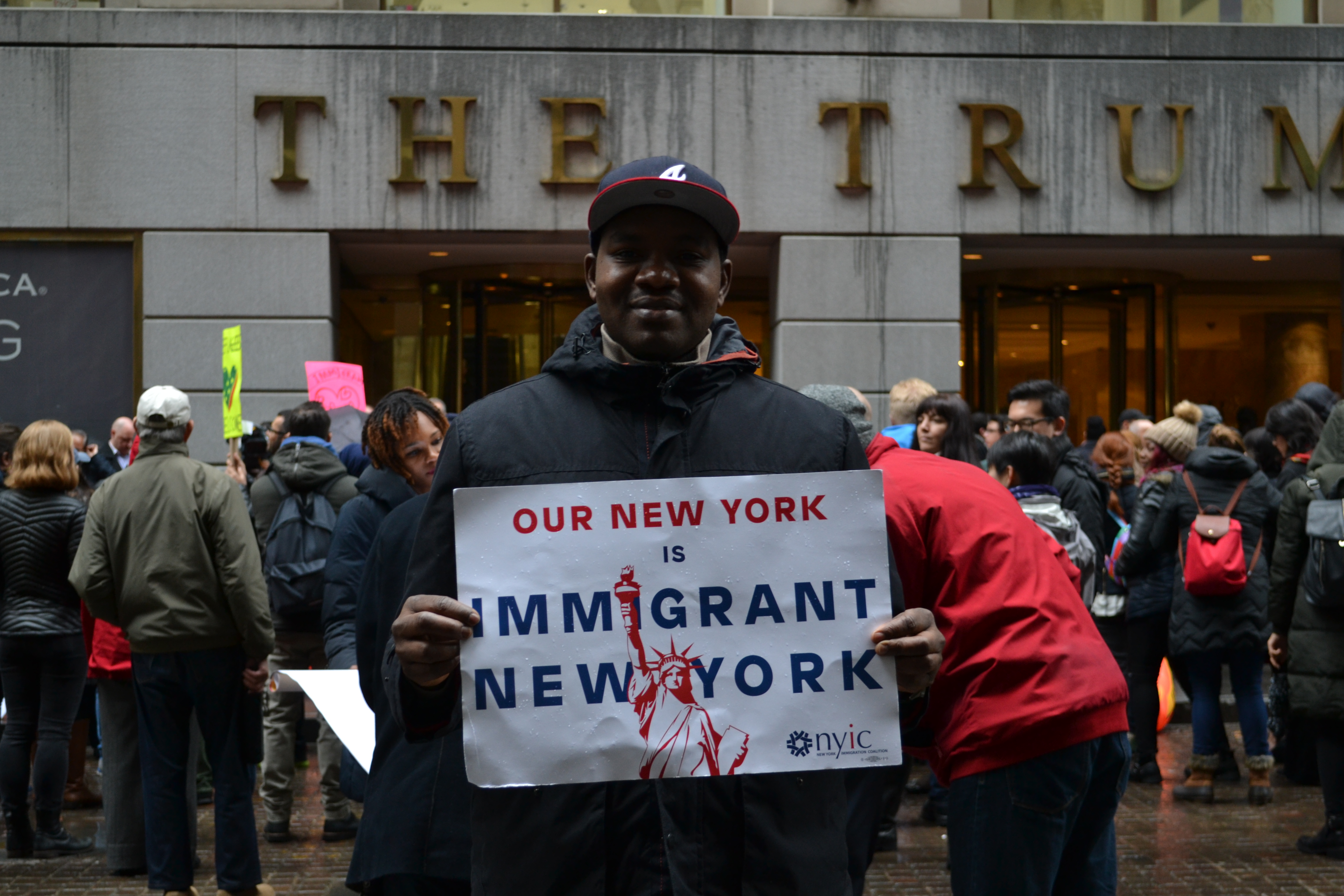 Abdelmageed Haroun is a Sudanese refugee and activist at the Human Rights and Advocacy Network for Democracy in Sudan (HAND). He shared his feelings towards the fight for refugee and immigrant rights: “We are here today at the Trump Tower to show support to all refugees. I am a refugee from Sudan that came to the United States to find certain opportunities. We are fighting against the travel ban that discriminates against refugees - especially refugees from Muslim and Arab countries. They are good people that came here in search of a better life.” When asked what being a refugee meant to him, he says “there is a reason why people become refugees: their country is destroyed and they have nowhere else to go”. He urges us all to remember that refugees first and foremost, good and kind-hearted people.

The message is clear: no human being will ever be illegal, and the fight for immigrant rights will only end once all of their rights and needs are met.