On Friday, he is expected to sign additional Executive Orders that will ban entry to the United States from seven Muslim-majority countries and halt refugees from being admitted for at least 120 days, among other directives.

These Executive Orders are just the first step in this Administration’s anti-Muslim, anti-immigrant agenda, demonstrating that President Trump will abide by his campaign promises, putting millions of America’s immigrants at risk and causing widespread fear. 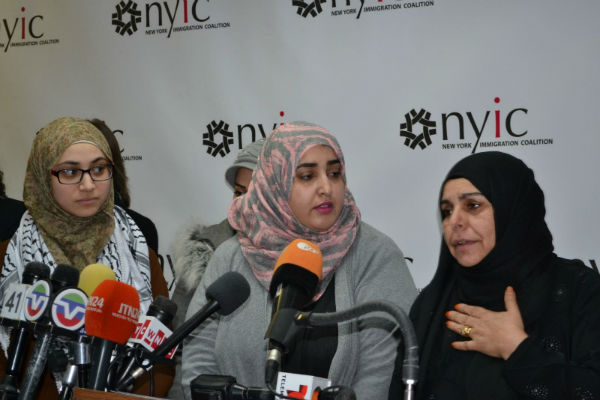 [right to left] Fadileh Nashwan, a Yemeni immigrant speaks about her fears for her family. Beside her is her ESL teacher Somia Elrowneim and Arab American Association of New York organizer Aber Kawas. 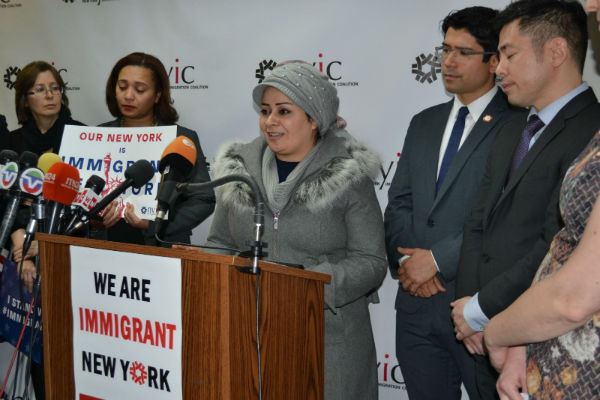 Bayda Albaldawi, a refugee from Iraq with Catholic Charities Community Services speaks about why she had to leave her country.

NYIC executive director Steven Choi said, “President Donald Trump’s Executive Orders on immigration have deep repercussions for basic civil liberties and the rights afforded by our Constitution. He has made a clear choice to turn the hateful rhetoric of his campaign into action, taking directives straight from the anti-immigrant playbook. The executive orders expected tomorrow will institute a de facto Muslim ban on immigration and suspend the country’s refugee system. This is an affront to our core founding values of dignity, liberty and justice, and disgraces U.S. leadership in the world. Although the order was couched in the frame of national security, the implications of the declaration are clear--this administration is discriminating on the basis of religion. We cannot and will not stand silent while these dehumanizing, unconstitutional, and Islamophobic actions target immigrants and those fleeing persecution and war.”

New York City Comptroller Scott Stringer said in his remarks, “At a time when we should be embracing 21st century values, President Trump is foisting a 1950s agenda on America. His policies don't reflect who we are as a nation, and they send exactly the wrong message to our children, our City, and the rest of the world. Banning refugees from war-torn countries, building a wall, and turning local police departments into deportation forces — all are antithetical to American values. We must send an unequivocal message to the White House that we stand together and we won’t allow President Trump to take our nation backwards.”

State Senator Marisol Alcantara said, "It is sadly clear that President Trump does not intend to govern for all Americans, but instead to enable the most extreme and divisive elements of his administration. It is the duty of elected officials at every level of government to hold his administration accountable and stand behind the communities that are under attack" 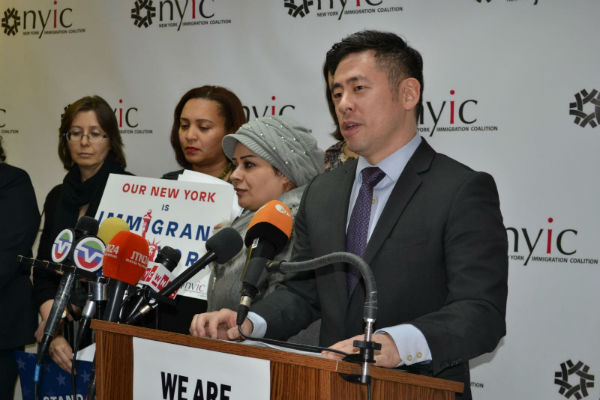 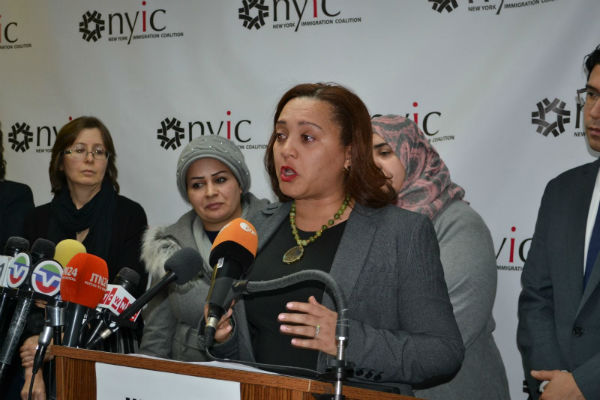 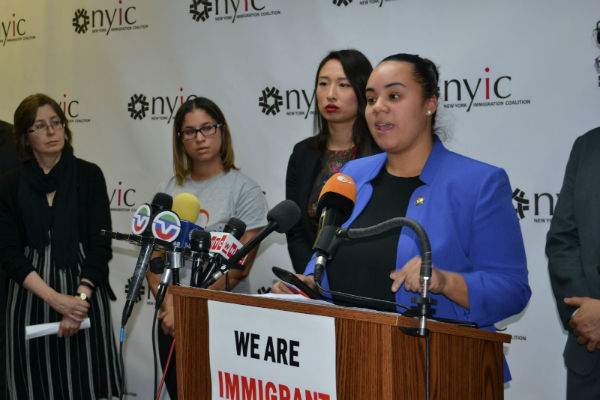 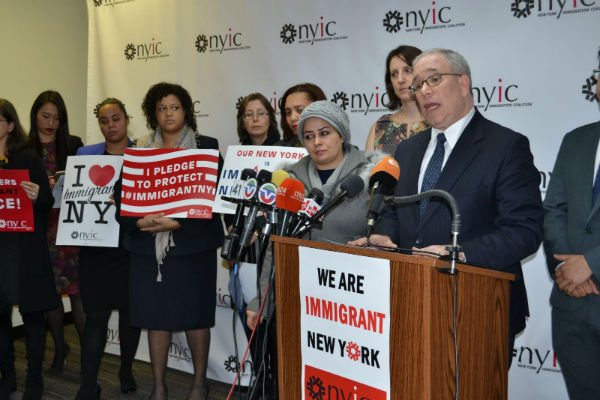 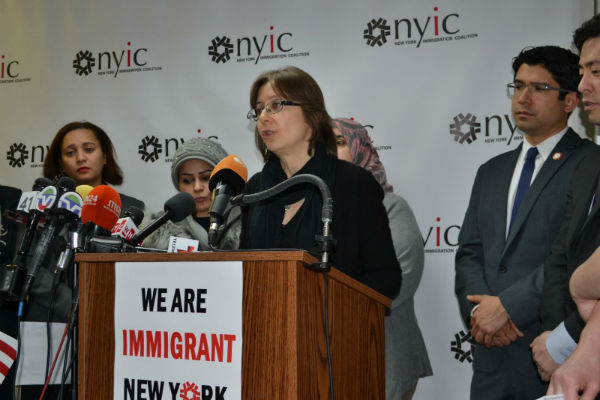 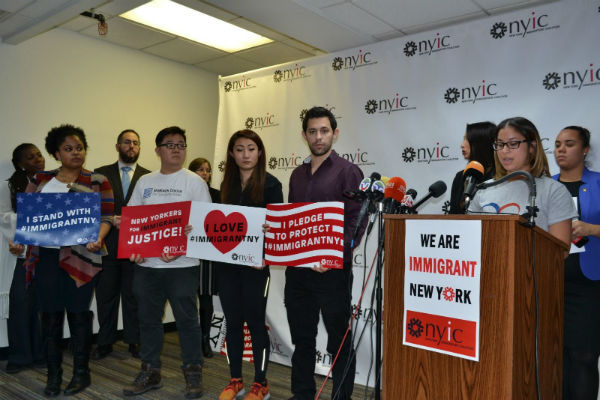 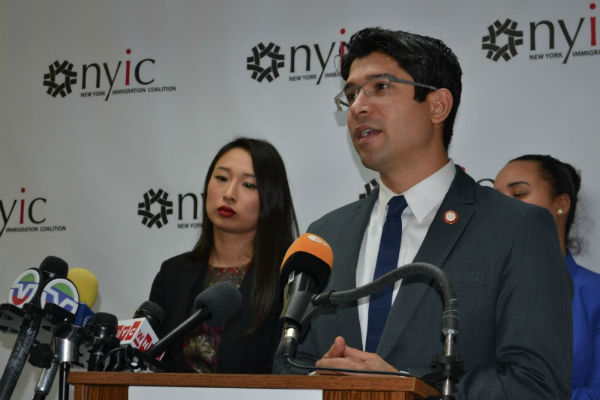 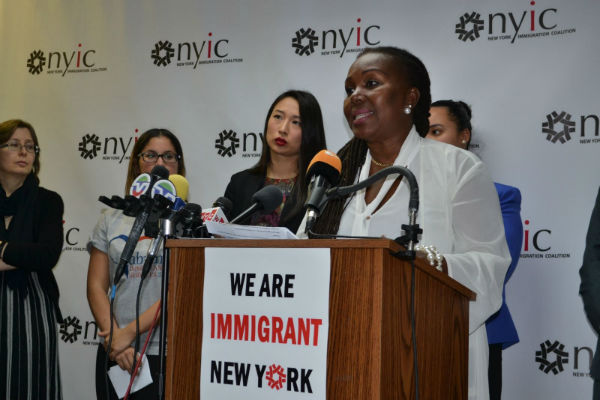 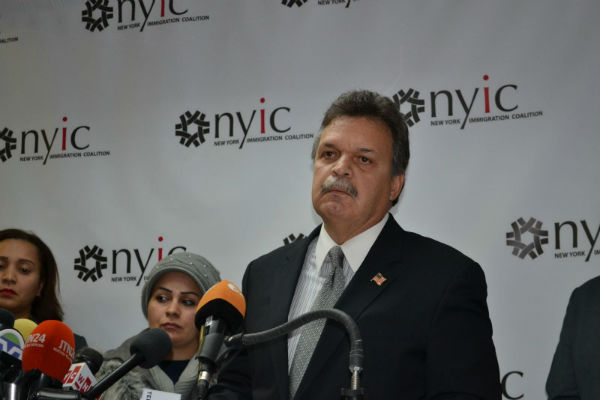 NYIC’s upstate members and allies in Buffalo, New York who support refugees and their resettlement provided statements as well. Buffalo, New York ranks eighth nationwide in the number of Syrian refugees accepted in 2016, and first among cities in New York.

In a statement, Buffalo Mayor Byron Brown said, “I am deeply disappointed in actions to suspend the U.S. Refugee Admissions Program. In over three decades of refugee resettlement, the U.S. has not seen one resettled refugee commit an act of terrorism in the United States. The millions of refugees that have come to this country want safety, security, economic opportunity, and to pursue their hopes and dreams, just like every other individual in the United States. Despite the Administration’s aim to lower the number of refugees accepted in the U.S., the City of Buffalo will remain a welcoming city for all, regardless of religion, ethnicity, race or background.”

Eva Hassett, executive director of the International Institute of Buffalo said, “The United States, as a world leader in human rights and representative democracy, must open our doors to those fleeing violence and persecution. This is our history, and it is critical to our future. It is clear that refugees bring economic prosperity to Western New York, as employees, entrepreneurs, and homeowners, and as a force behind Erie County’s first population growth in decades. Without programming to support integration, these economic benefits could largely disappear. Refugees also bring richness to our communities as well by adding their culture and experiences to ours. We all benefit from this.”

Dennis C. Walczyk, Chief Executive Officer, Catholic Charities of Buffalo said, "Our nation was founded by those who were persecuted and fled their native lands out of fear for their lives -- the very definition of a refugee. To summarily sever the number of refugees who will be allowed to enter the United States this year, and to single out specific countries for the banning of further entrants, is to turn our back on the principles of our forebears and on our basic respect for human life."