On National Day of Action, Coalition Brings Hundreds of Immigrants to D.C for the #HereToStay Rally and Launches the “This Is Our NY” Campaign 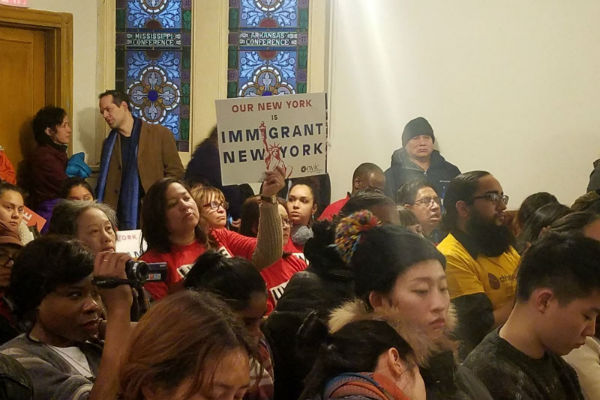 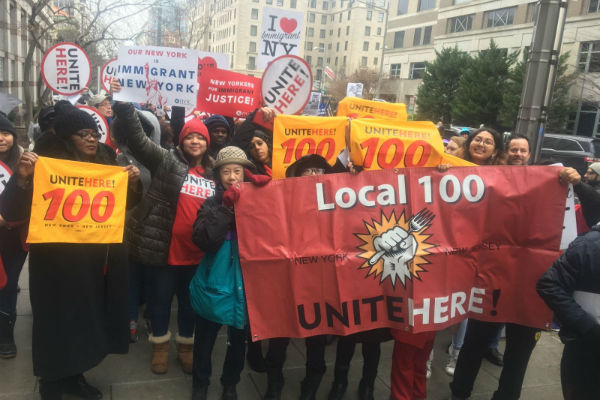 At the same time, NYIC launched its new campaign, “This Is Our New York,” a multi-faceted effort to showcase the true, inclusive values of our New York. Through comprehensive outreach, community education, legal services, advocacy, organizing, capacity building, and public engagement, the campaign aims to protect, defend and stand up for immigrant New York – for our New York. The campaign launched today with street teams put together by the Coalition and its members in Union Square and the Lower East Side in Manhattan, Corona, Queens, the Hudson Valley, and Hempstead, Long Island to engage New Yorkers in a social media effort (#OurNY) to demonstrate the support for New York’s immigrant communities. The launch garnered an enormous response, with over one hundred New Yorkers lending their faces to the campaign and pledging to stand up for immigrant New York. 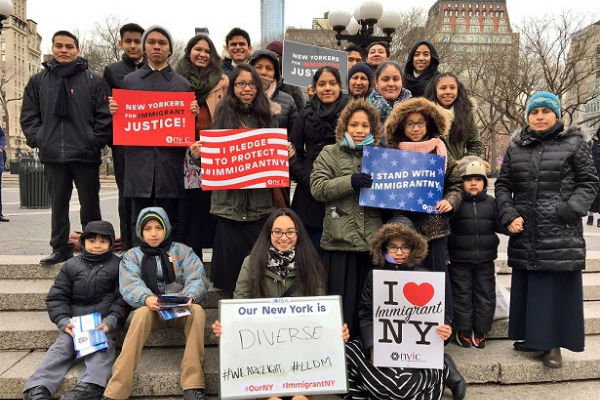 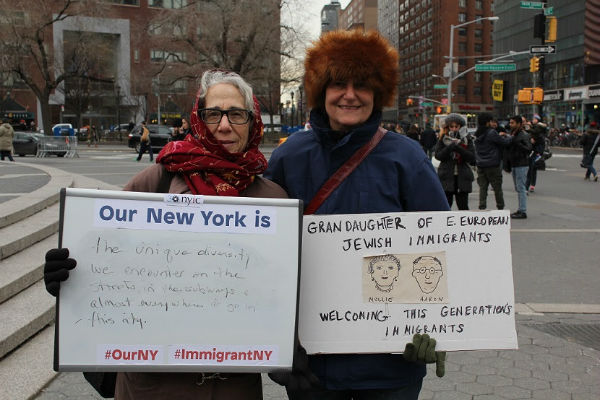 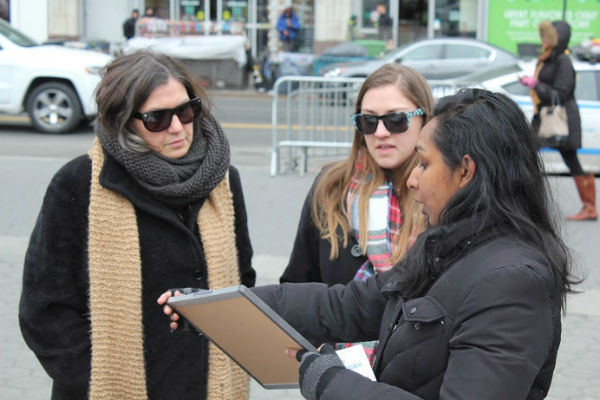 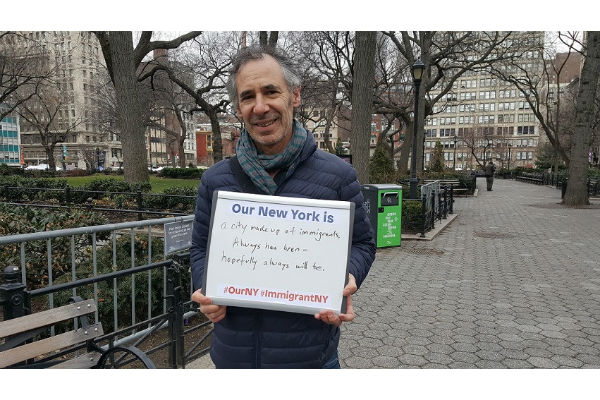 Steven Choi, executive director of the New York Immigration Coalition, said, “On this national day of action, we are lifting the voices of immigrants by bringing our community members to the “Here To Stay” rally in Washington D.C, as well as engaging everyday New Yorkers in our efforts to defend and stand up for immigrants, regardless of immigration status. With less than a week before the inauguration of President-elect Trump, it is critical that we state loud and clear that immigrant communities and their allies will not tolerate injustice and hatred. We will stand up against deportations and the tearing apart of families. We will stand up for DACA recipients. We will stand up against efforts to create a “Muslim registry” and limit refugees into this country. And we will do everything in our power to make sure that our communities are protected. Our effort will require profound resilience and strength, but we know that our movement has the support of millions.”

Over the next week, the “This Is Our New York” campaign will continue with more actions including our social media effort, trainings, information sessions, and participation in the national and local Women’s Marches.

NYIC members who participated in today’s rally in D.C and in the “This Is Our NY” street teams spoke about their efforts today.

Cheryl Brandon, UNITEHERE Local 100 Lead Organizer said, "As an African American Woman, I'm proud to be part of this Immigrant Day of Action. It is important that we all realize we need to unite together to reach the goal of equality and justice for all. We must protect the rights of all immigrants, as they are a part of building America."

Jung Rae Jang, an DACA recipient and organizer at the Minkwon Center for Community Action said, "As Korean-Americans, we cannot see potential policies such as Muslim registry, increased deportations and enforcement as “other communities' problems.” Some of hte most vulnerable members of our community are undocumented immigrants like myself, who will be greatly affected by these policies. I am going down to D.C. this Saturday with fellow undocumented young adults to do our part in protecting rights and justice for immigrant communities. We are not going anywhere nor will we let anti-immigrant policies negatively impact our lives as immigrants."

Michelina Ferrara, Deputy Director (Atlas DIY) and Youth Fellows Coordinator (Brooklyn Community Foundation) said, “Youth activists are rising up across our city to proclaim that our immigrant communities belong here. This is what our New York looks like and we are bringing that energy, our stories and our hopes to our nation's capitol to be in solidarity with other undocumented and immigrant leaders. We need each other now more than ever. And, this mobilization is evidence that we are here, we are coordinated and we are ready for the fight ahead.”

"I am joining the New York Immigration Coalition to support and protect immigrants like myself that came here for a better life and to give a better education to our children. I want a pathway to citizenship for immigrants who don’t have that so that they will be able to get the same opportunities and freedoms that my children and I have," said Maria Gomez, UNITEHERE Local member. 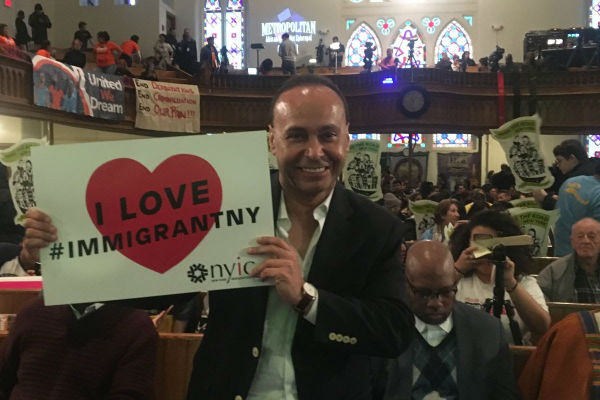 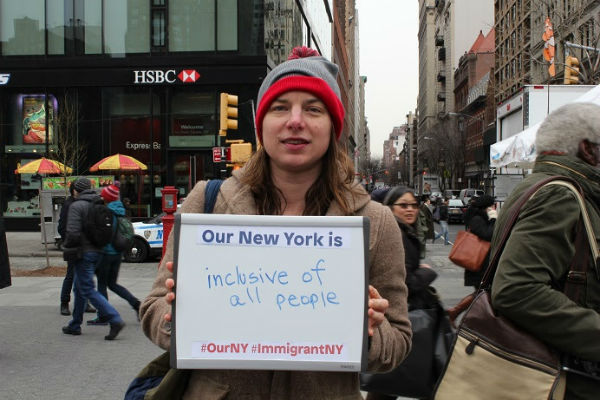 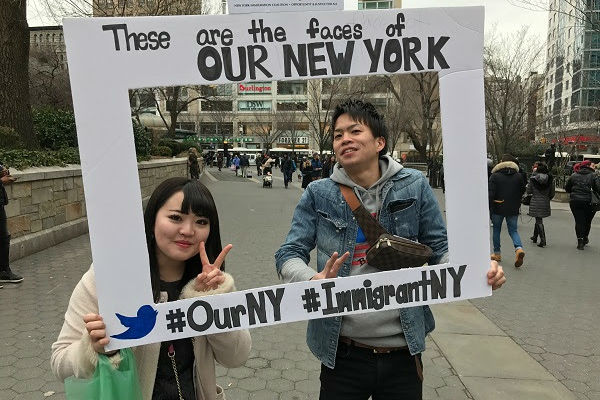 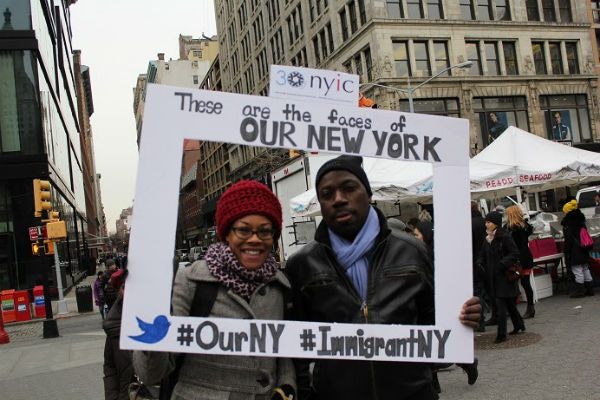